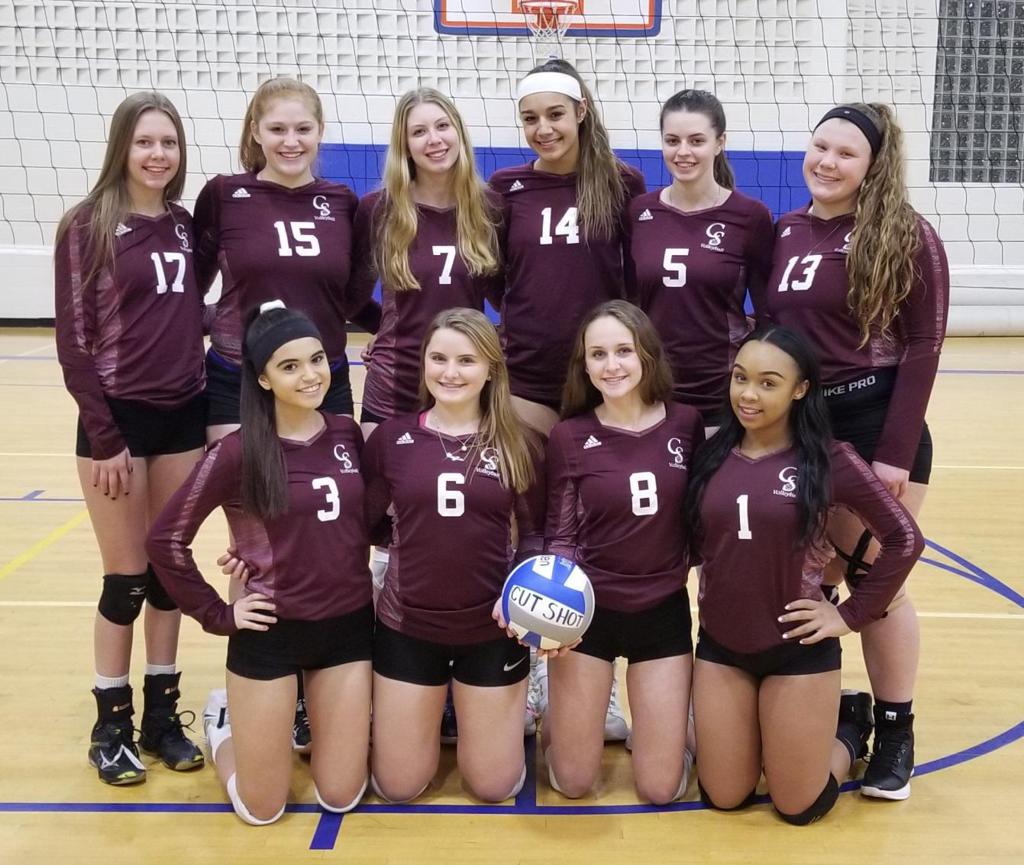 The Cut Shot 18 Elite team had an amazing showing at the Northeast Qualifier in Baltimore, MD. They battled to win the bronze medal in the gold bracket!! Coaches Kelly, Manny and Michelle could not be happier with their performance.

They began the tournament ranked 10th out of 64 teams. Day 1 they battled to be undefeated winning games against SERV, Club Integrity, and AVA.

Day 2 the team won the first two matches and lost a tight extra point match to a team from Pittsburgh. Coach Michelle assisted the team over the weekend taking a trip down memory lane. She coached the same team when they were on both the 15 and 16 Elite teams. Coach Wengerter said, "Coach Michelle was the perfect assistant that weekend because she knows these girls well and knows how hard they worked to get to this moment. She was not going to let them back down."

The championship day, they played in the gold bracket versus Delaware United with a 6-0 record. After an easy first set Cut Shot won 25-10. In the second set, Delaware came back with a fight pushing the game to three sets.

In the third set, the team battled for the lead at the 8 point switch. Finally they finished strong winning and beating an undefeated team 15-11!

After the win they moved to the Gold Quarterfinal Round of the NEQ Qualifier. They were matched up against Jammers. Jammers history going into the game consists of a record of 7-0 while not going to a 3 set with any opponent. Entering the game the Cut Shot team had a great warm-up and energy to go and beat another undefeated team.

In the first set, the teams battled to take the lead, finally with great serving from Mary Kate and added defense from Corrine, the Cut Shot 18s grabbed the first set 25-23!

In set 2 they knew it was going to be a challenge, the Jammers were not happy with their first set loss all weekend. The Cut Shot girls had to dig deeper, hit harder, and strategize better to beat this team.

During the game the Cut Shot team lost the lead early, but got it back with some crucial kills from their pin hitters Sedona, Diana, and Ashley. Later, the team was behind by 3 in the final points of the match. The girls went on a run, setting the middle blockers, Caroline and Gianna, to make the plays at the net. The backrow kept them in the game with digs from Maya and Megan.

As the game continued closing to an end, the Cut Shot team tied it 24-24! Both teams know that their trip to the semi-final round was near.

The Cut Shot girls battled in unforgettable rallies, keeping their cool as they continued to kill the ball from all areas of the court. Finally with a quick set to Gianna, hit a kill straight to the floor and they took the lead and game point.

The winning point came from a hard cross court shot from Sedona, making the Jammers scramble and giving the Cut Shot team a free ball, which was not a good idea. Immediately the team set up their middle blocker,  Gianna, to put away the final point of the game!

Congratulations to the Cut Shot 18 team for their hard work and dedication. Coach Wengerter stated, "This team is like no other team I have coached. They set goals and push eachother to attain them. They have the skills and it's because of their dedication to the sport. I am so happy that this team accomplished this huge milestone in their career. Winning the bronze in gold at a qualifier is something to be proud of always! I'm going to miss these girls a lot, they are fun, hilarious, and work hard, it's a great combination for a team."